We are pleased to inform you with three news about our projects.

A reference to Johann Wolfgang von Goethe, Charlotte Buff and Werther in the old town of Wetzlar. 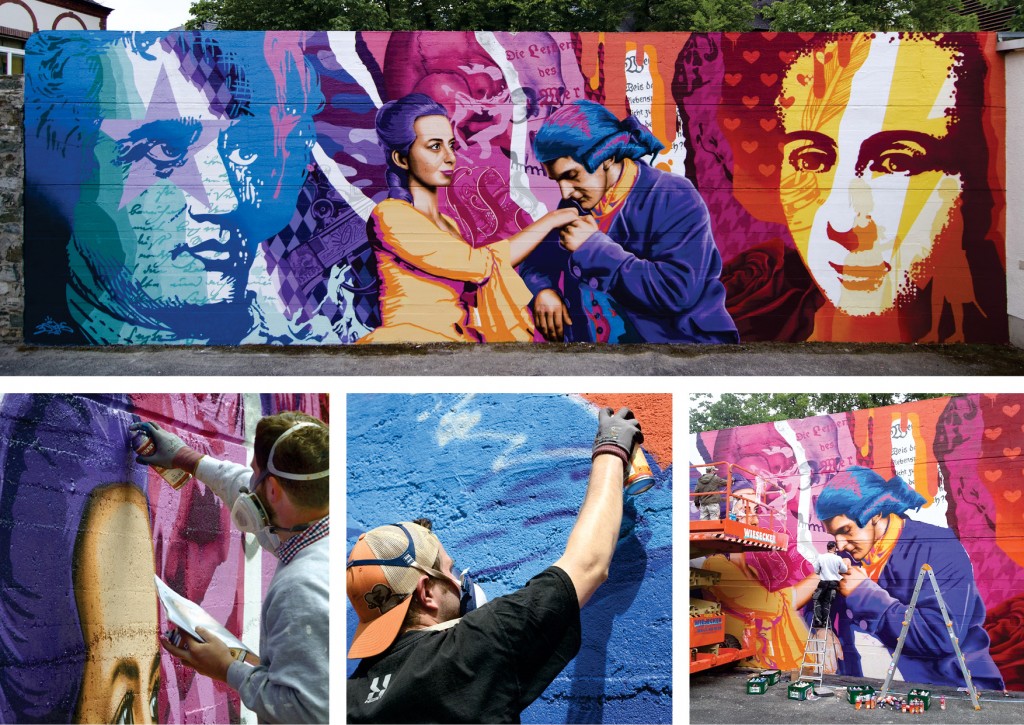 In June 2015 the Werther Mural arised within seven days in Wetzlar. The picture focuses on Goethe, Lotte and the novel ”The Sorrows of Young Werther” with historical documents and artifacts. With the elements Goethe’s color circle extends in intense tones. The coated colored illustration of individual motifs is a controversial and contemporary interaction with the surrounding half-timbered buildings. The work is a contemporary interpretation of the history and brings together past and present.
The painting has a height of 5.5 meters and a length of almost 18 meters with a total size of 100 square meters. The project with an image in Neo Pop midst of protected historic old town of Wetzlar looks for an equal.

The art project was founded by the Hessian Ministry of Science and Art, the City and Industrial Museum Wetzlar, the town of Wetzlar and the Volksbank Mittelhessen. We thank all our supporters for the realization of the project.

Another thank goes to the supporters of the City and Industrial Museum Wetzlar for the good cooperation, also a thank you goes to the city´s cultural office, the building department and the bodies of the city Wetzlar, neighbors and citizens of Wetzlar, the actors Christopher Opel and Anne Neuburger for the Wether-Lotto-Fotoshooting, Lamar Dreuth for the photographic company of the project, and our whole team.

Reports and a photo album are coming soon on our website.
Informations of the Werther Mural Editionen are following in the next weeks. 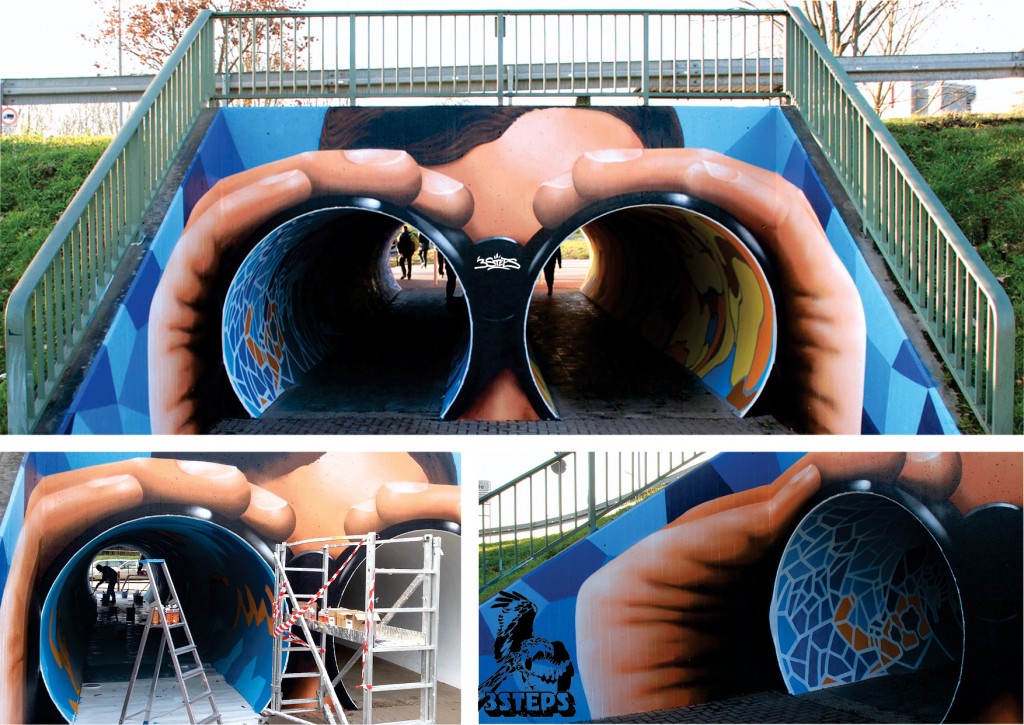 As some of you have noticed by social media press and radio, the french star DJ David Guetta posted the image “Spyglass” on his instagram account @davidguetta, two weeks ago. Now there are more than 93,000 of his fans, who hit „like“ on our work. On the Instagram account of @Streetartglobe it reached so far in addition more than 77,000 Likes. In all social networks there are now over 200k Likes. This exceeds all our expectations! We are very pleased that our street art causes so much joy. 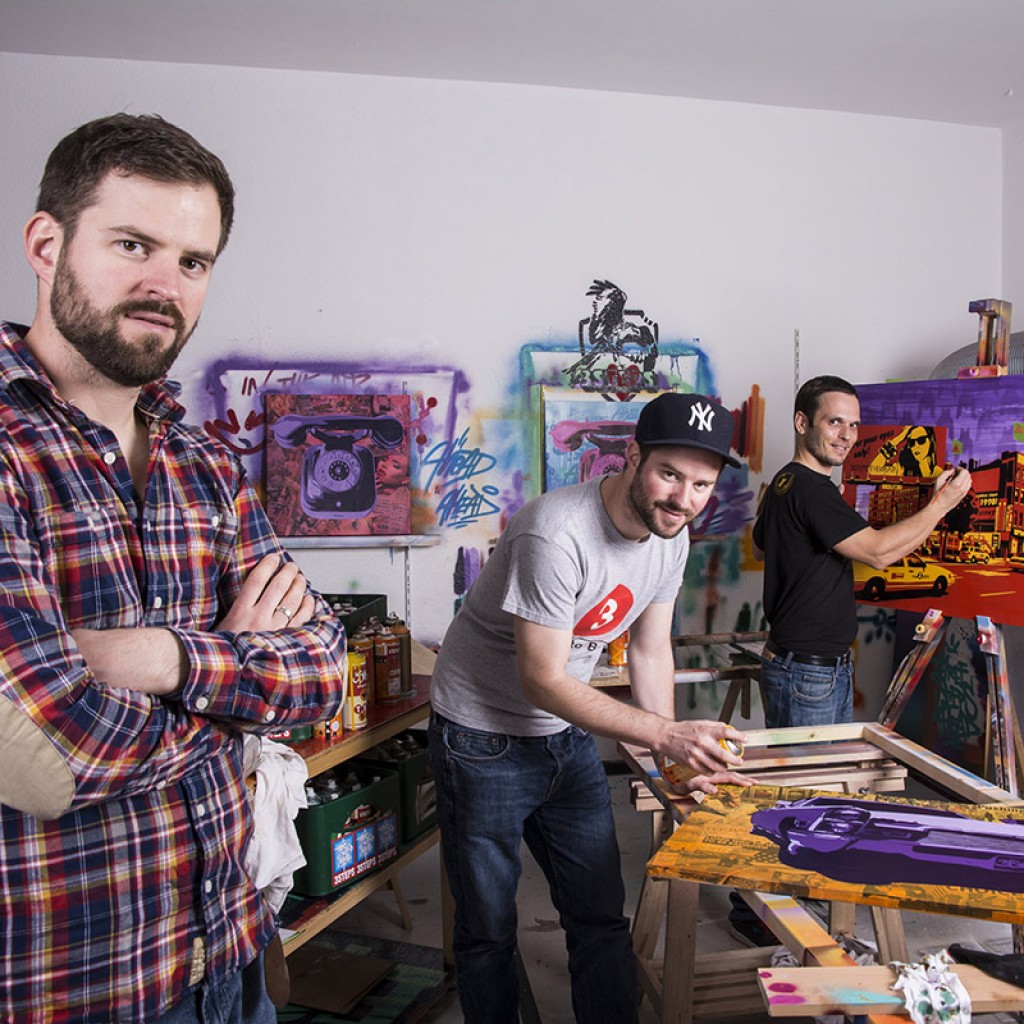 Picture: 3Steps in their studio (Courtesy of 3Steps)

From 08/01/2015 to 09/05/2015 we are in collaberation with the Stencil Artist Van Ray and the sculptor Jörg W. Schirmer (master student of Lüpertz) at GALERIE HEGEMANN in the center of Munich in Hackenstr. 5.
In this show 3Steps presents new works with spray paints, acrylic and silkscreen on wood in Neo Pop.
The opening of the group exhibition will take place at 18:00 o’clock on July 31st. We look forward to your visit and to be able to show you our new work.

3Steps is a German-based contemporary artist collective between the twins Kai Harald Krieger and Uwe Harald Krieger and Joachim Pitt. The collective lives and workes in Gießen, Hessen, Germany. The works of 3Steps have developed from mural art, graffiti art and street art. The spray can is the central media of 3Steps. The collective paints huge images on facades and murals, as well as several kinds of paintable media in the studio. Bright colors and the reflection of a modern society express the intention of the three friends. In November 2014 3Steps received the “Kultur- und Kreativpilot Deutschland” (Cultural and Creative pilot of Germany) award by the Federal Republic of Germany. In 2015 they got a promotion of the Hessian Ministry of Science and Art.