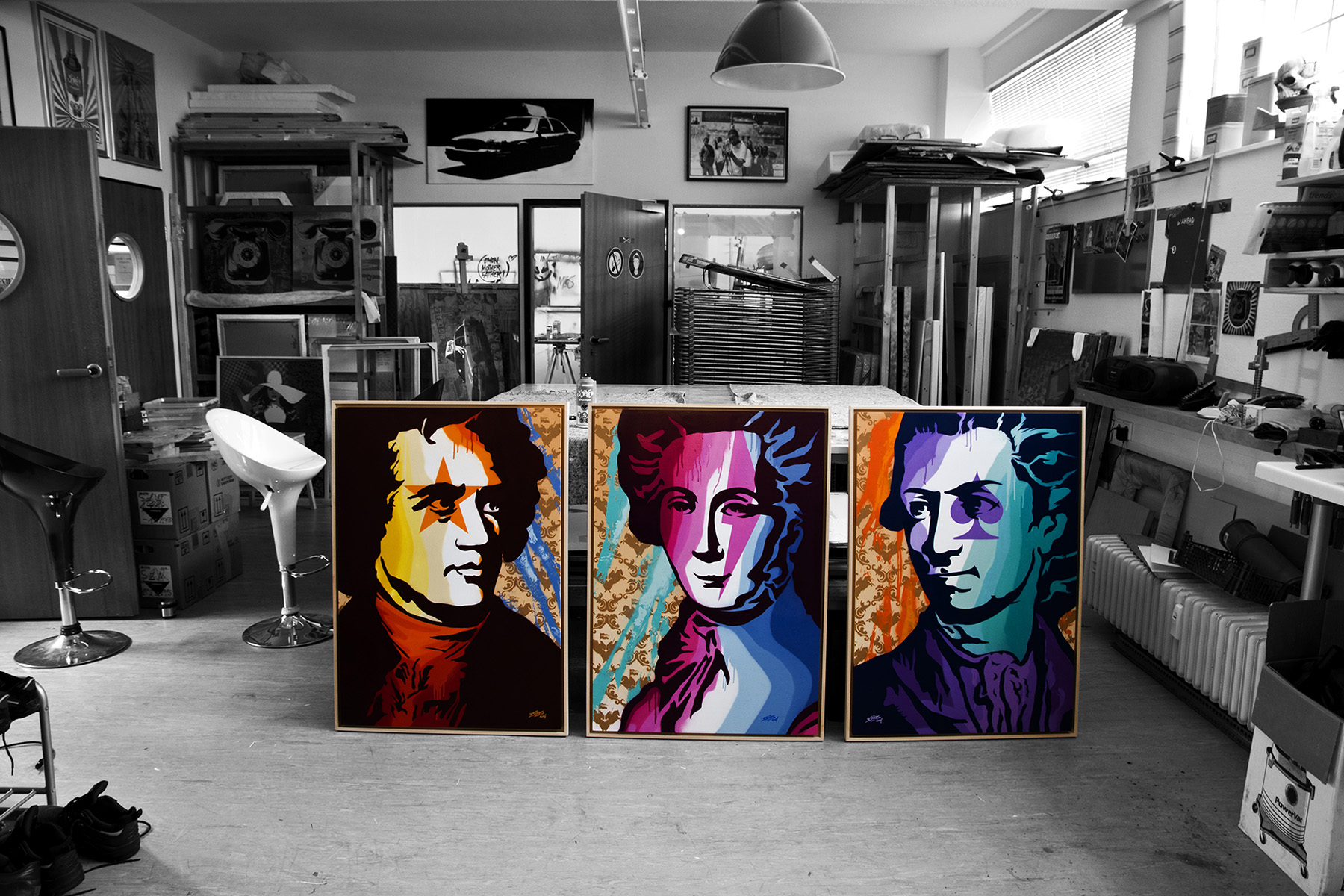 The three artists of 3Steps created three exclusive paintings for the „Werther“-exhibition of the Wetzlar city museum. The triptych shows street-art-portraits of Goethe, Lotte and Werther. The paintings in intensive colours were painted with spray colours with the use of handmade stencils on wood.

The work of 3Steps is presented alongside a large stage design of Martin Lüpertz and many other exhibits for the exhibition “Goethes Werther on the stage”.

Goethes’ roman was and is still very often seen in the theatre, music and movies. For the first time the museums of Wetzlar present from Friday the 5th September 2014 onwards an exhibition which deals about the affect of the roman in these medias since the 18th century. The exhibition can be seen until Sunday the 25th January 2015.